This biography is from the jacket of the book, Brown Calligraphy, Denis Brown Discusses his Art. 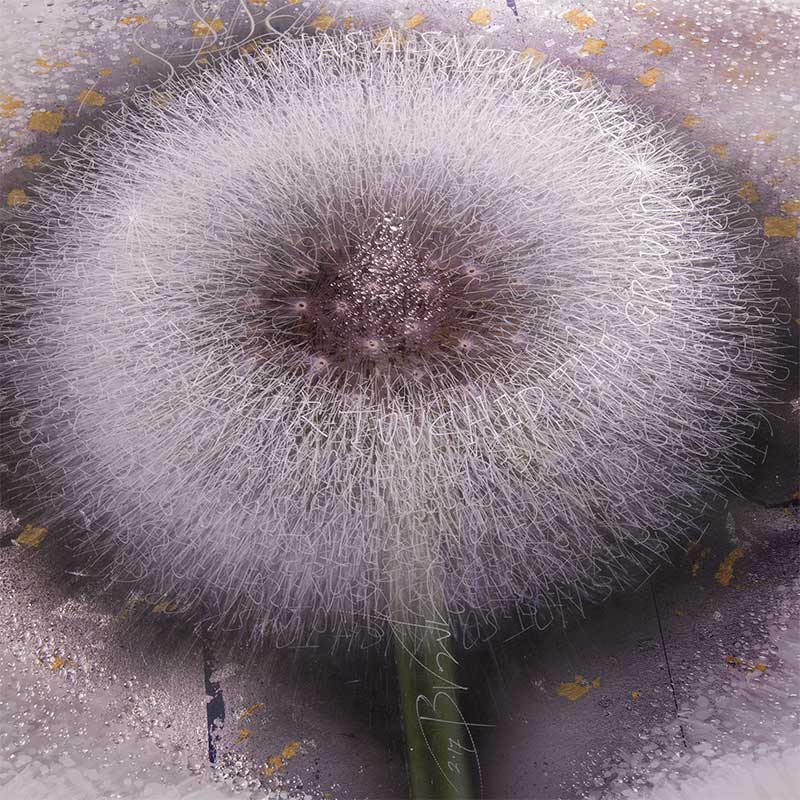 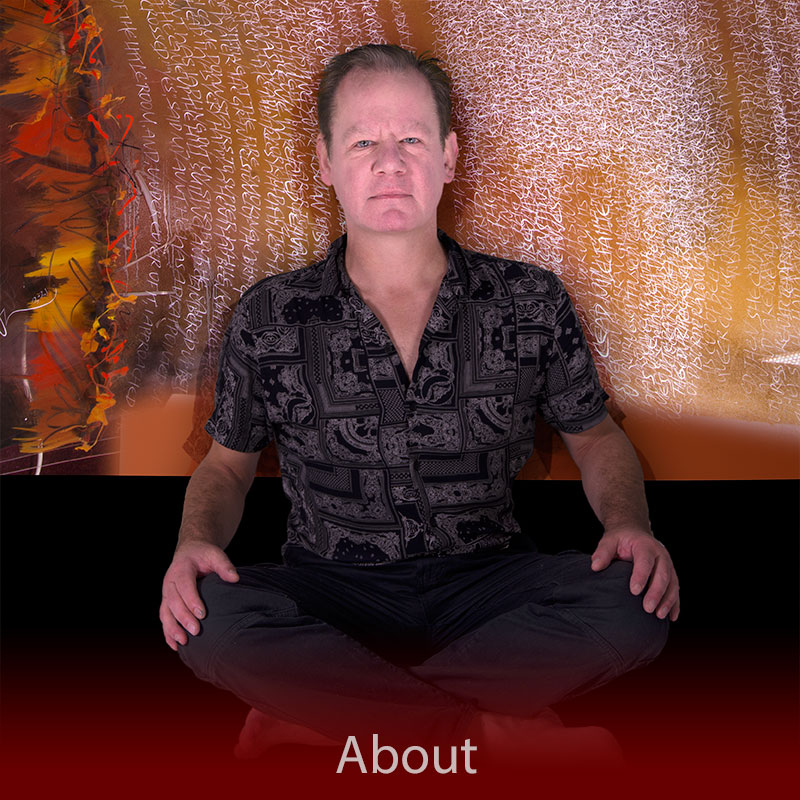 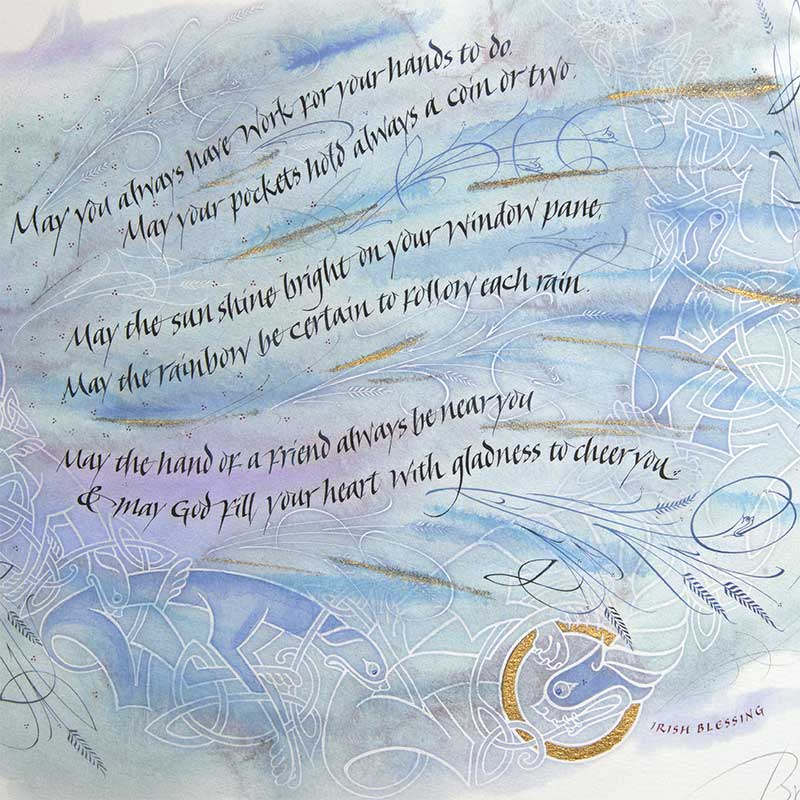 Denis Brown is one of the most creative and innovative artists in the international field of calligraphy. Renowned for masterful command of the broad-edged pen, his work is not limited to style or technique; he produces art that engages with concerns broader than those outlined by craft practice. Working variously on paper, in glass, and on vellum skins, he has developed distinctive approaches to each material.

In making both traditional and highly explorative work, Brown skips casually back and forth over perceived boundaries of what defines calligraphy, thus broadening the possibilities of the art. Based in Dublin, Ireland, Brown travels internationally to teach, lecture, and exhibit. For the past twenty-five years, he has been on the faculty of most of the annual International Calligraphy Conferences held in the United States and Canada.

He is an Honoured Fellow of the Calligraphy and Lettering Arts Society and a former Fellow of the Society of Scribes and Illuminators, the two British calligraphy organisations of prestige. His work is featured in many collections, including those of the European Parliament; the British Library; the Fitzwilliam Museum, Cambridge; the National Museum of Ireland; the Akademie der Künste, Berlin; San Francisco Public Library; the Newberry Library, Chicago; and the Russian Contemporary Museum of Calligraphy, Moscow.

Brown’s work has restored production of calligraphy in his native Ireland to a calibre and international fame reminiscent of what the nation’s scriptoria achieved in its golden age. Inspired by that legacy, he carries calligraphy forward in a fully contemporary manner.

Denis Brown's online masterclasses can be found and previewed at Calligraphy.TV

Click/tap the image above for a video preview of a the making of this large installation.